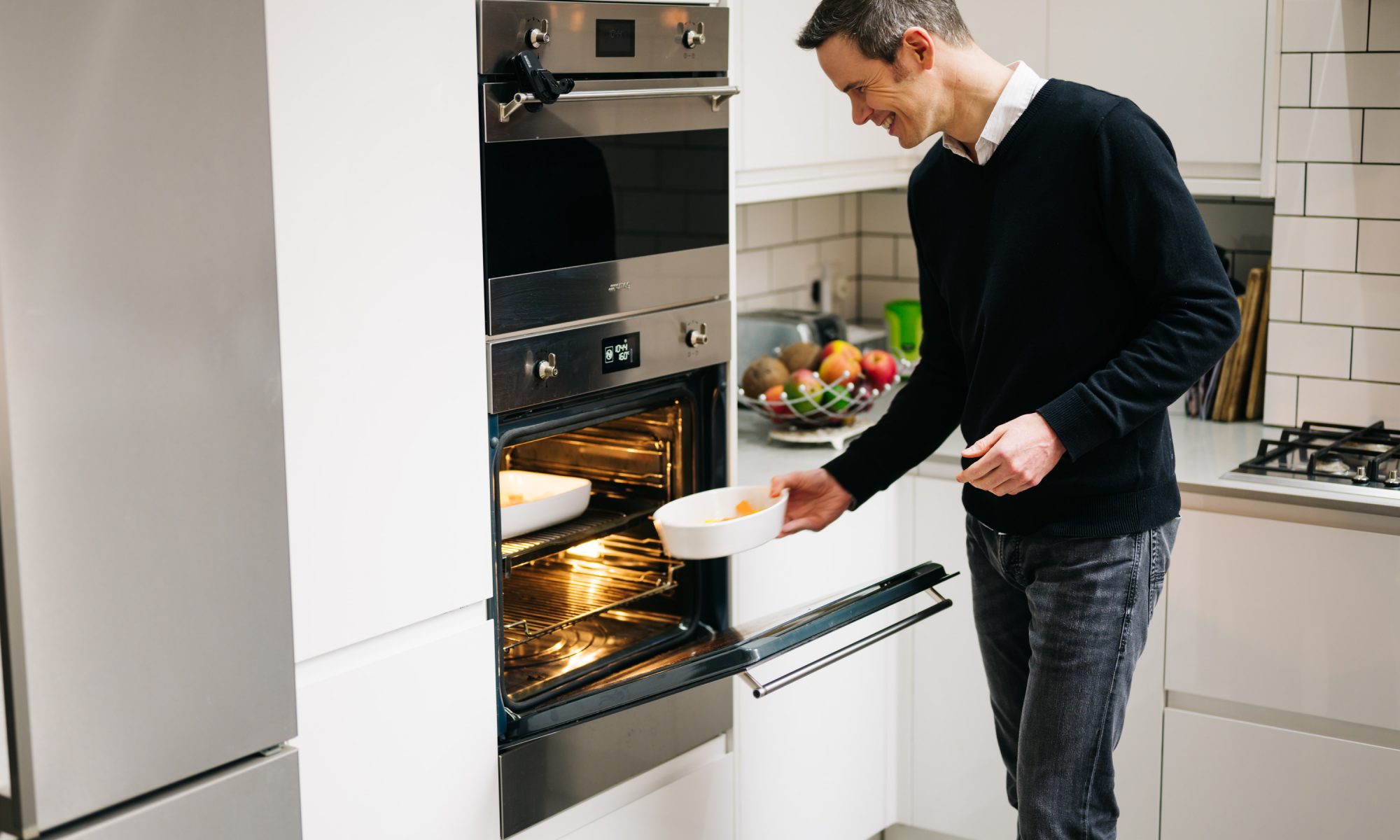 After many, many months of lockdown and postponements I finally got to carry out a paid commission.  The shoot was for nutritional therapist Ben Mountifield who needed some portraits and brand images for the launch of his new business. We set a date in early December 2020 and went about planning the shoot.

Ben secured the use of a friend’s kitchen in Wimbledon, and we also brought on board a hair and make-up artist, the wonderful Ruth Higgins who I found via a UK freelancers Facebook group.  Ruth went above and beyond during the shoot, including polishing a laptop and acting as a stand-in client for some mocked-up consultation images.

Over the course of a morning we captured a variety of images for Ben to use on his website. We broadly stuck to a pre-agreed shot list, which kept things moving efficiently.

First up, some photos of Ben in the kitchen. We decided to kick-off with this as Ben could focus on his food preparation task without feeling too self-conscious in front of the camera.

We captured some headshots and indirect portraits along the way. Ben gave me some valuable guidance on how he liked to be photographed. Collaboration is important in this sort of shoot so it was great that Ben brought his own vision of what he wanted which I was able to work to and – hopefully – augment.

We wrapped up with some shots of a mocked-up consultation. With COVID restrictions in place and virtual meetings commonplace I recommended including some images of Ben interacting with a laptop.